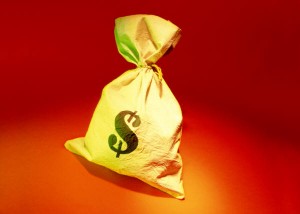 As I prepare for this week’s introductory sermon to our brief series entitled “Lies the Church Believes,” this posting by John Piper (entitled “Prosperity Preaching: Deceitful and Deadly,” February 14, 2007) caught my attention and, of course, is worth highlighting. Read it carefully, and, if possible, pray for me as I attend to the first of the lies I will address, which is the lie telling us that the prosperity gospel is legitimate. Piper writes:

When I read about prosperity-preaching churches, my response is: “If I were not on the inside of Christianity, I wouldn’t want in.” In other words, if this is the message of Jesus, no thank you.

Luring people to Christ to get rich is both deceitful and deadly. It’s deceitful because when Jesus himself called us, he said things like: “Any one of you who does not renounce all that he has cannot be my disciple” (Luke 14:33). And it’s deadly because the desire to be rich plunges “people into ruin and destruction” (1 Timothy 6:9). So here is my plea to preachers of the gospel.

1. Don’t develop a philosophy of ministry that makes it harder for people to get into heaven.

Jesus said, “How difficult it will be for those who have wealth to enter the kingdom of God!” His disciples were astonished, as many in the “prosperity” movement should be. So Jesus went on to raise their astonishment even higher by saying, “It is easier for a camel to go through the eye of a needle than for a rich person to enter the kingdom of God.” They respond in disbelief: “Then who can be saved?” Jesus says, “With man it is impossible, but not with God. For all things are possible with God” (Mark 10:23-27).

My question for prosperity preachers is: Why would you want to develop a ministry focus that makes it harder for people to enter heaven?

2. Do not develop a philosophy of ministry that kindles suicidal desires in people.

Paul said, “There is great gain in godliness with contentment, for we brought nothing into the world, and we cannot take anything out of the world. But if we have food and clothing, with these we will be content.” But then he warned against the desire to be rich. And by implication, he warned against preachers who stir up the desire to be rich instead of helping people get rid of it. He warned, “Those who desire to be rich fall into temptation, into a snare, into many senseless and harmful desires that plunge people into ruin and destruction. For the love of money is a root of all kinds of evils. It is through this craving that some have wandered away from the faith and pierced themselves with many pangs” (1 Timothy 6:6-10).

So my question for prosperity preachers is: Why would you want to develop a ministry that encourages people to pierce themselves with many pangs and plunge themselves into ruin and destruction?

3. Do not develop a philosophy of ministry that encourages vulnerability to moth and rust.

Jesus warns against the effort to lay up treasures on earth. That is, he tells us to be givers, not keepers. “Do not lay up for yourselves treasures on earth, where moth and rust destroy and where thieves break in and steal, but lay up for yourselves treasures in heaven, where neither moth nor rust destroys and where thieves do not break in and steal” (Matthew 6:19).

Yes, we all keep something. But given the built-in tendency toward greed in all of us, why would we take the focus off Jesus and turn it upside down?

4. Don’t develop a philosophy of ministry that makes hard work a means of amassing wealth.

Paul said we should not steal. The alternative was hard work with our own hands. But the main purpose was not merely to hoard or even to have. The purpose was “to have to give.” “Let him labor, working with his hands, that he may have to give to him who is in need” (Ephesians 4:28). This is not a justification for being rich in order to give more. It is a call to make more and keep less so you can give more. There is no reason why a person who makes $200,000 should live any differently from the way a person who makes $80,000 lives. Find a wartime lifestyle; cap your expenditures; then give the rest away.

Why would you want to encourage people to think that they should possess wealth in order to be a lavish giver? Why not encourage them to keep their lives more simple and be an even more lavish giver? Would that not add to their generosity a strong testimony that Christ, and not possessions, is their treasure?

5. Don’t develop a philosophy of ministry that promotes less faith in the promises of God to be for us what money can’t be.

The reason the writer to the Hebrews tells us to be content with what we have is that the opposite implies less faith in the promises of God. He says, “Keep your life free from love of money, and be content with what you have, for he has said, ‘I will never leave you nor forsake you.’ So we can confidently say, ‘The Lord is my helper; I will not fear; what can man do to me?’” (Hebrews 13:5-6).

If the Bible tells us that being content with what we have honors the promise of God never to forsake us, why would we want to teach people to want to be rich?

6. Don’t develop a philosophy of ministry that contributes to your people being choked to death.

Jesus warns that the word of God, which is meant to give us life, can be choked off from any effectiveness by riches. He says it is like a seed that grows up among thorns that choke it to death: “They are those who hear, but as they go on their way they are choked by the . . . riches . . . of life, and their fruit does not mature” (Luke 8:14).

Why would we want to encourage people to pursue the very thing that Jesus warns will choke us to death?

7. Don’t develop a philosophy of ministry that takes the seasoning out of the salt and puts the light under a basket.

What is it about Christians that makes them the salt of the earth and the light of the world? It is not wealth. The desire for wealth and the pursuit of wealth tastes and looks just like the world. It does not offer the world anything different from what it already believes in. The great tragedy of prosperity-preaching is that a person does not have to be spiritually awakened in order to embrace it; one needs only to be greedy. Getting rich in the name of Jesus is not the salt of the earth or the light of the world. In this, the world simply sees a reflection of itself. And if it works, they will buy it.

The context of Jesus’ saying shows us what the salt and light are. They are the joyful willingness to suffering for Christ. Here is what Jesus said, “Blessed are you when others revile you and persecute you and utter all kinds of evil against you falsely on my account. Rejoice and be glad, for your reward is great in heaven, for so they persecuted the prophets who were before you. You are the salt of the earth. . . . You are the light of the world” (Matthew 5:11-14).

What will make the world taste (the salt) and see (the light) of Christ in us is not that we love wealth the same way they do. Rather, it will be the willingness and the ability of Christians to love others through suffering, all the while rejoicing because their reward is in heaven with Jesus. This is inexplicable on human terms. This is supernatural. But to attract people with promises of prosperity is simply natural. It is not the message of Jesus. It is not what he died to achieve.

Visual Verse of the Day

“God covers the heavens with clouds, provides rain for the earth and makes grass sprout on the mountains.” Psalm 147:8

Money Changers In church – Then & Today Why Jesus “Whipped” Them Out of his Dad’s House !

How Could David Say to God—After Sleeping With Uriah’s Wife and Then Killing Him—”Against You and You Only Have I Sinned”?

God is Good: Part 1 Tales From The Great Beyond To The Great Before – Creation is BC Destruction is AD

Why did Luke trace Jesus’ genealogy through David’s son Nathan and not Solomon?

From Moses to Jesus: Egypt in the Bible and Today

When did Assyrians ( IRAQ ) convert to Christianity ? The King Whose Sons Killed him

The Jet Controversy by Tony Rapu on Sunday

Grant thee according to thine own heart, and fulfil all thy counsel.
Psalm 20:4